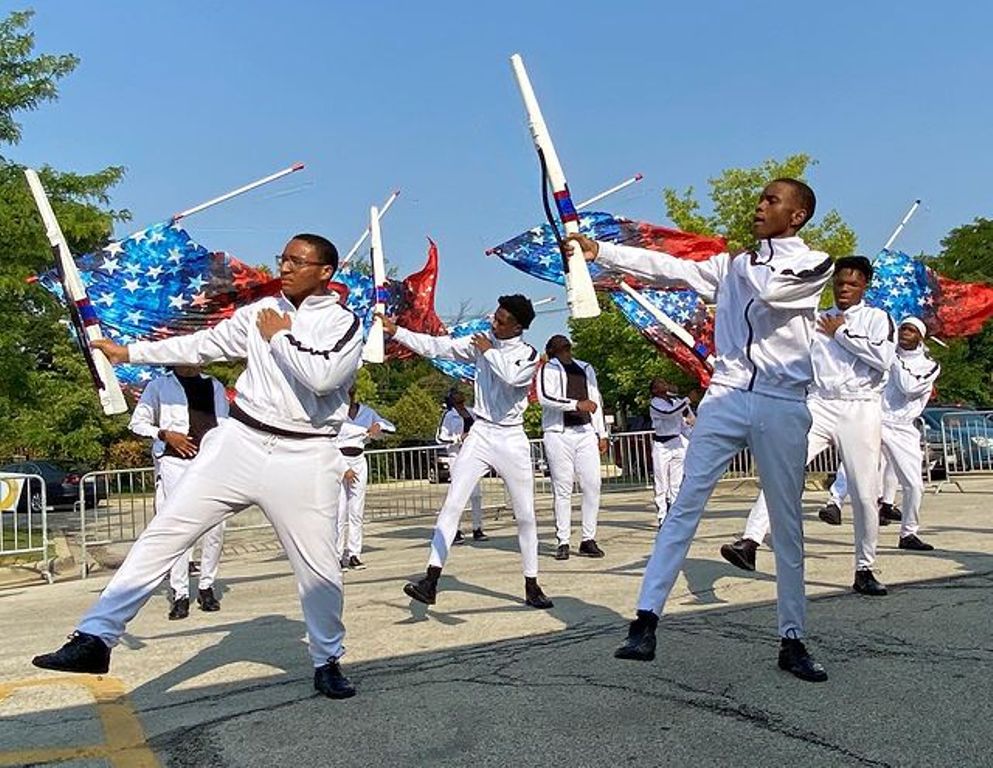 That the event took place one year after the lootings in response to the killing of George Floyd by a Minneapolis police officer proved particularly poignant. Although Jewel-Osco, like many businesses throughout Chicago, had their buildings damaged and destroyed, the City, community leaders, residents, and businesses came together in support of rebuilding Chicago’s communities.

This effort was made possible in part by Invest South/West: a collective of philanthropic partners, community organizers, and various City departments that worked together to create a series of infrastructure initiatives to support businesses that positively impact their communities.

When the City of Chicago awarded Jewel-Osco funding for renovations through Invest South/West, they created a space for the Drill Team. Renowned for impacting the lives of its members and community, the Drill Team was a natural choice. As shared by the Team’s Board President, Jazmin Cheefus Kelley, “Jewel-Osco’s President, Mike Withers, asked our staff to come up with a wish list, and he and his team made it all come true.” The community room, which includes free Wi-Fi, a wireless video and audio projection system, lockers, a refrigerator, and microwave within its 2,200 square-foot space, provides the team with both space and amenities for rehearsals.

The new space at Jewel-Osco is an important step among many planned by the team to expand its footprint. “We know you are always advocating for us and for Chicago’s youth,” said Cheefus Kelly. “And we thank you for opening doors and facilitating opportunities that help us further our mission.”